I know I have griped about the heat and I’m sorry to report I still haven’t been cooking, but it is not unwarranted. July was officially the hottest month ever in Austin. EVER! June must have been the second hottest. We’re also in the midst of the worst drought in 50 years. It’s just ugly here. So in order to not completely ignore my blog, here’s the beach vacation post. I hope to have a food post soon.

After doing whatever possible to avoid the unbearable heat of the outdoors, it was like heaven to be able to spend my recent vacation doing EVERYTHING in the pleasantly warm sunshine, fresh air, and soothing water. I stayed in Orange Beach with my sister and her family. Orange Beach is in Alabama, but right on the Florida state line, aka Floribama.

After my sister picked me up from the airport, we stopped at a farmers market on the way home. I was so happy to see green grass and trees, and sure enough, the produce at the markets was amazing. We stopped here again later in the week. We got tons of tomatoes. 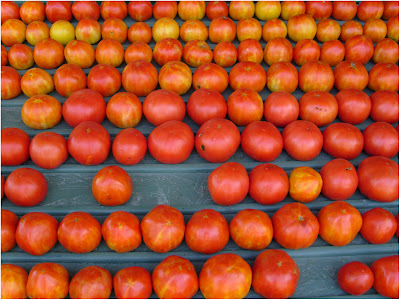 And the incredibly delicious Silver King corn. I miss it very much.

And some other stuff. 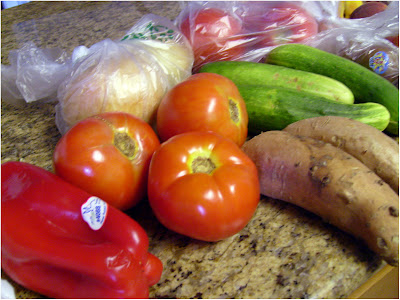 Plenty of fresh fruits, including the most beautiful aprium. 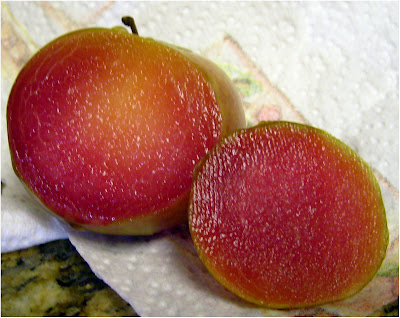 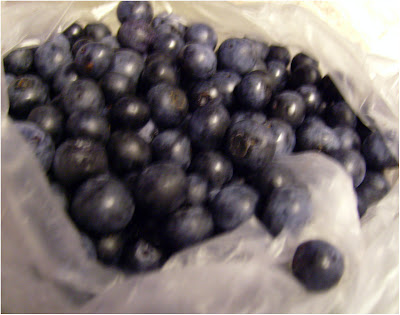 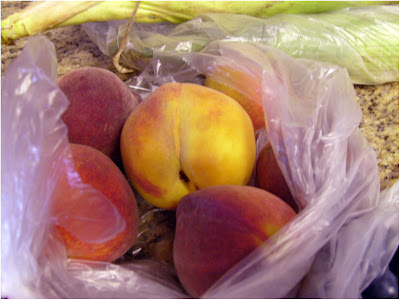 One afternoon I grabbed an ear of corn and began slicing the kernels off into my tomato salad. They were sweet and juicy and wonderful. My sister said, Raw? I told her I always eat corn raw. She started nibbling off the cob and said, OMG, I love it even more now that I know I don’t have to cook it!

My sister and her family are not vegan. My sister, however, thankfully loves food as much as I do. And she loves great healthy food. We ate mostly raw for three days straight. All manner of salads – green, bean, fruit, tomato, and guacamole. My sister’s 3 bean salad is so good. She made it for us twice. 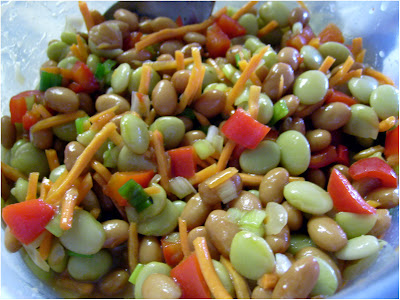 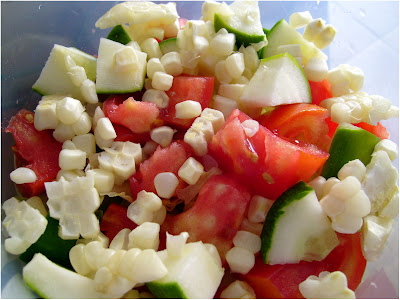 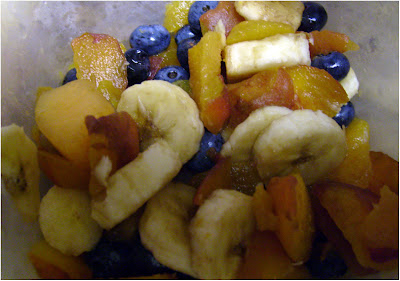 After 3 days of just salads and fresh fruits, my sister noted that we had not cooked or eaten any chocolate. I was used to not cooking very much (due to the hot temps at home), but going without chocolate was quite unusual! We did eat dinner out a couple of times and we bought some snacks. 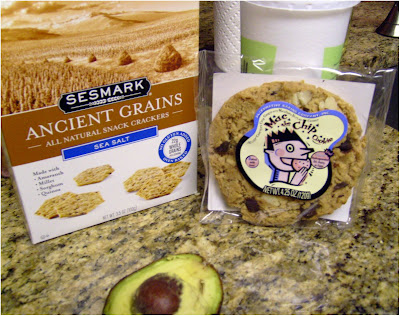 There was also an ABC Double Dark Chocolate Cookie, but we ate it before we got it home.

One night we ate out at the Shrimp Basket. My sis and I both got the only vegan option, the steamed veggie platter – cabbage, squash, potatoes, corn, and broccoli - yay! 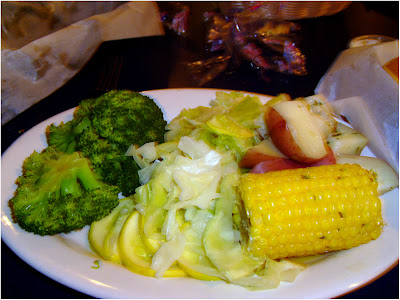 We also got an order of fried pickles for the table – they were yum.

My nephews asked me if I was only going to take pictures of food while I was there. Translation: why aren’t you taking pictures of us? I jokingly told them if they ate vegan food, they would get a picture on my blog. One morning the oldest was eating a grapefruit and I said, You know that’s vegan food, right? He was ready for a picture. 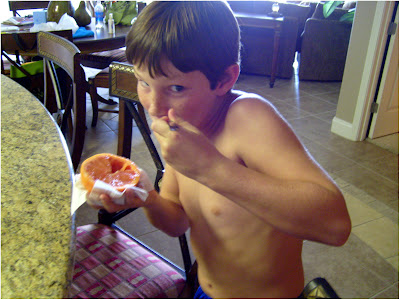 The last couple of days we kitten-sat for a friend. Turns out Whiskers is vegan! 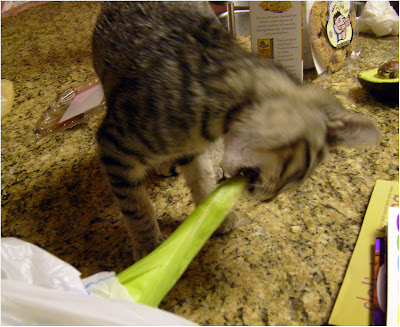 The corn was bigger than Whiskers! 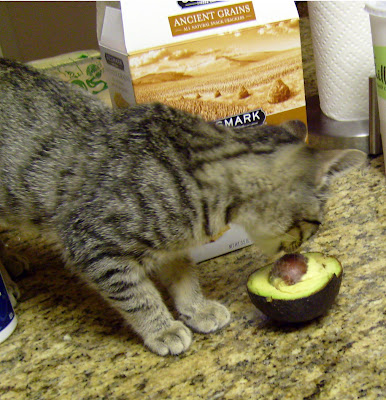 I don’t think he really ate any avocado.
The rest of the pictures aren’t food, but I hope you enjoy them. 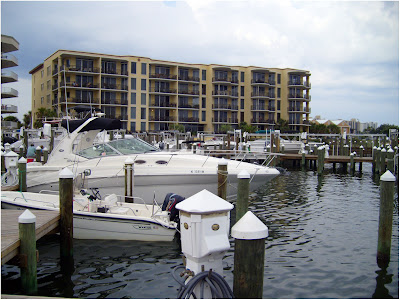 My sister’s condo is on the first floor, right in the middle. It is on the bay side, but the ocean is just a few minutes away. 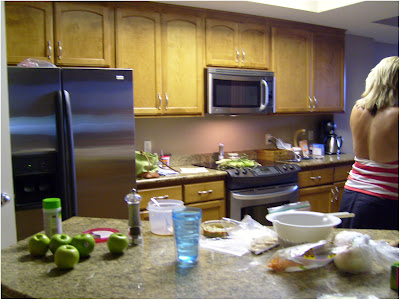 Where we assembled food. 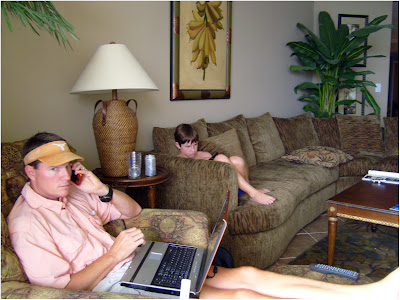 Relaxing in the living room. 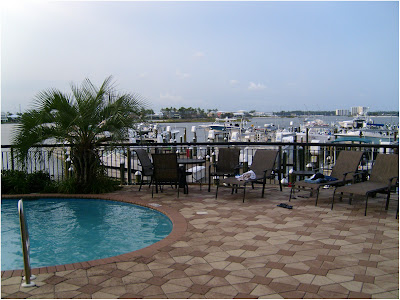 The patio is right by the pool. 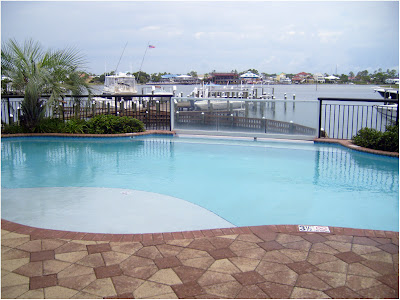 The boat is at the end of the dock. 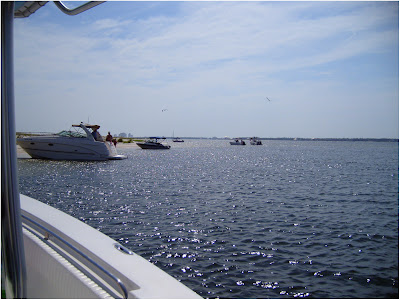 It was awesome to hear someone say, Hey, let’s go on a boat ride to such n such, and then off we would go. 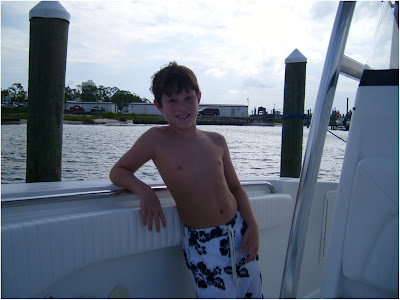 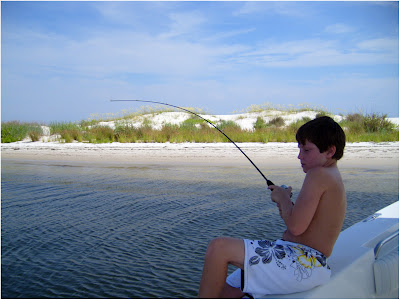 The older nephew loves to fish. Aunt Diann supports all nephews’ activities. In a way, the boys seem to be learning respect for the water and its creatures. There is plenty of time ahead for them to become vegan. And honestly, it’s an accomplishment to get them to eat much of anything right now. 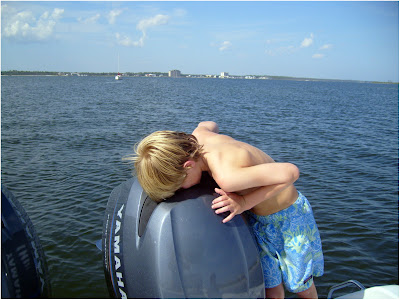 The younger one is obsessed with boats, and especially their motors. I thought he was kissing our motor, but he says he was smelling it. He’s also obsessed with smelling things. 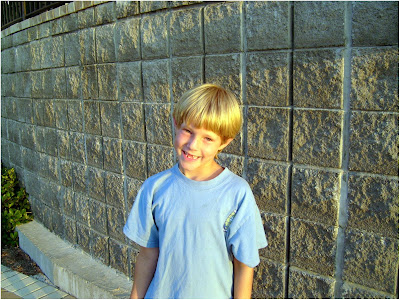 He’s so darn cute and I just love him and all of his obsessions to pieces. 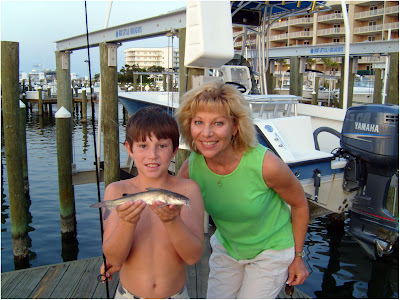 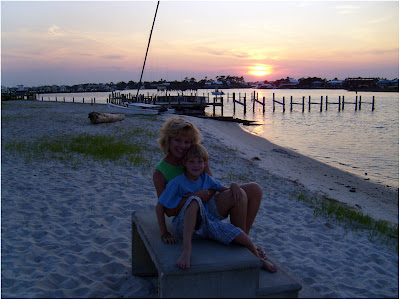 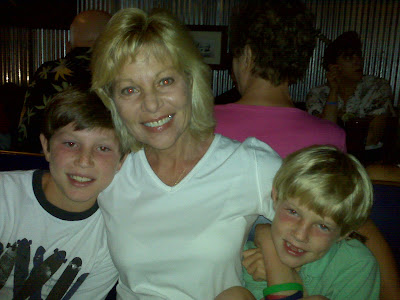 I love being Aunt Diann. And I love my baby sister. Sister, I hope I have thanked you sufficiently for such a fabulous vacation! So, yeah, this is my ecotherapy, the place where I am happiest. I love ocean waves, sea breezes, sand under my bare feet, fresh air, and warm sunshine. I hope in my next life I am a beach bum. Or a dolphin.
Posted by aTxVegn at 9:31 AM

I love your vacation photos, especially all of the fresh cooking with family. It's so fun and comforting.

Would you consider moving to Orange Beach? You sound so happy there.

Your post makes me homesick for Florida. I really miss having all that fresh produce so close at hand. Your nephews are adorable and it sounds like you had a relaxing time with your family.

Oh Diann, this was such a wonderful post! You really conveyed the joy of being with your sister and family. I completely enjoyed all the photos and commentary, and will probably visit again because it was so much to take in. Thanks for sharing this.

With incredible produce like that, who would want to cook anyways? They're perfect as is!

Such nice pictures. Looks like you had a really fun time.

Its been very rainy here in the UK, perhaps I could send you some rain, and you send me some sun, and we'll both have tolerable weather!

I always get worried when I have avocados about because they are so toxic to cats.
http://www.cat-world.com.au/ToxicFoodsToCats.htm

Isn't it amazing how they always know what's bad for them and home in on it to make us worry. Still love them though :)

What a vacation! :) fantastic

What a wonderful vacation! And the aprium is gorgeous--I've never seen one before.

This looks like such a wonderful time! The ocean is gorgeous. And I'm very impressed by that steamed veggie platter as an option at a seafood place.

Those are some gorgeous boys! And tomatoes! Ours are still green here. Glad you had a wonderful time.

Floribama - i love it! sounds and looks like you had a rock'n time visiting your sister. her condo is awesome, and your nephews = the best! i think it's great that you support them in what they do, Diann - you're too awesome! so cool on you and your sister eating mostly raw for 3 days. it sounds heavenly and oh-so tasty! i have never heard of an aprium! your sister's 3 bean salad is so colorful 'n tasty looking! mmmmmmmmmmmmmmmmm! sorry texas is so darn hot - stay as cool as possible, Diann. i have my fingers crossed that the temperature comes down soon (and that you all get some rain soon, too)!

in phx, july has set heat records, but june was the conldest since 1913 or something. so weird.

I had no idea the heat was so bad for you guys... looks like a wonderfully refreshing time away though. And that aprium is so pretty, like stained glass!

Sorry to hear that it's so crushingly hot where you live, but I'm glad you got a bit of a reprieve on your vacation. It looks like you had a great time!

I especially like that first pic of the tomatoes at the farmers market. Yum - they looks so pretty!

Sorry about the heat! It's been unseasonably cool in Memphis! We've had temps in the 80s for most of July...usually it's like 90-100 degrees.

Raw corn is the best!

What a great holiday! Sisters are the best!
I hope you get some rain soon. We've had nothing but rain for weeks. It's finally starting to dry out.
All of the food looks delicious! I only just tried fried pickles for the first time. AMAZING!!

I'm loving your meals and your vacation photos. We've been eating a lot of local corn and tomatoes lately, and they are so good, but I haven't tried the corn raw. I will soon, thanks for the inspiration.

What a nice post! You took some really nice vacation photos. I am glad you got away from the unbearable heat for a while. We've had summers like that here too, it hasn't been so bad this year though.

oh it looks like you had so much fun! I can't wait for this summer to end, it is too hot to even barbecue.

Such a beautiful view, and I love those cat pictures!

I think I could use my own vacation in Floribama! Looks absolutely stunning. I can understand the urge for chocolate (duh!), but fried pickles?? I'm intrigued!

what a wonderful vacation! you and your sister look so happy in that last picture!

Diann, I'm so glad you had such a wonderful vacation with your family! Sounds like a lovely time -- food, beach, relaxation, boat rides, wahoo!