If you only get to eat one meal for the day at 4:00 in the afternoon, is it a late lunch or early supper? Whatever you call it, that’s how we ate this weekend in order to accommodate everyone’s schedules. When did the days get so busy?

On Saturday Chase and I picked up my mom and we went out for pizza. I had read about a tiny spot with fabulous pies that offered five vegan sauces and tons of tasty toppings, so off we went to East Side Pies. We built our own pizza with pesto sauce, spinach, onions, broccoli, sundried tomatoes, roasted garlic and onions, and cilantro. Imagine my happy face when this arrived at our table: 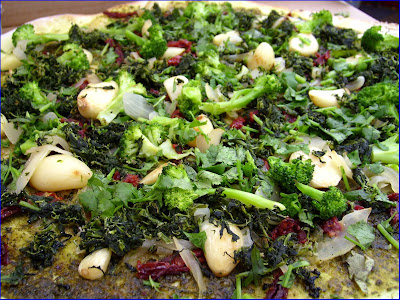 The crust was super thin, the garlic was sweet, and the broccoli was perfect. 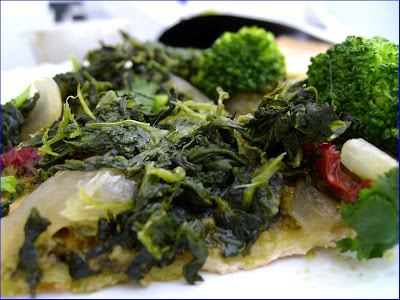 (I brought a tiny jar of homemade vegan parm to sprinkle on top.) I made a treat for us to have afterwards – ED&BV’s Sunny Pineapple Yogurt Cake with Orange Glaze. It was extra nice after such a green pizza. 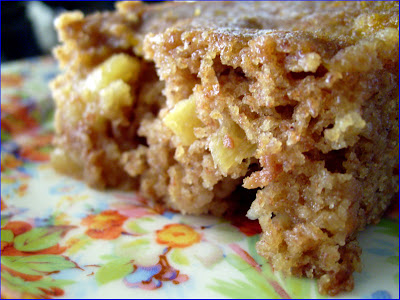 Sunday late lunch/early supper was a soup and sandwich type meal. Before I got started, I made Chase Mac ‘n Cheese ‘n Peas To Go. I used the Happy Herbivore test recipe, which bakes up so nice and Chase just loves. 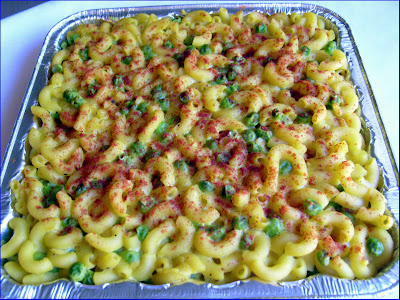 Soup was ED&BV’s One Wild Chick Soup. This was really really good and eerily reminded us of Chicken and Rice Soup. 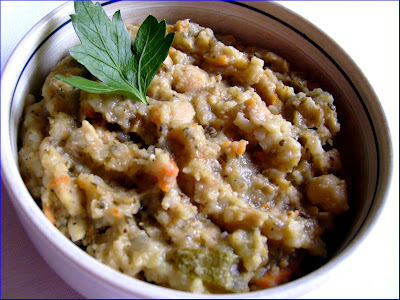 Sandwiches were Grilled Burritos. I had spinach tortilla wraps and made up 4 kinds of fillings. These pics aren’t the greatest and they may all look the same, but it’s nice to have a picture with the description, so here you go.

I made LDV’s ham style seitan – here’s a very candid shot. It is good stuff! 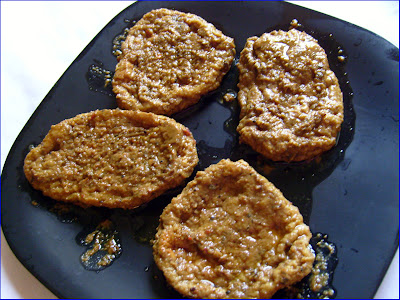 I made my first cheddar cheese from The Uncheese Cookbook. It turned out really good, but I’ll never eat it all. 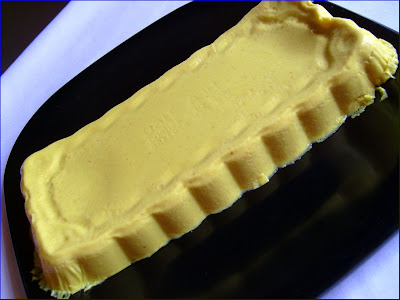 Here’s part of the prep area: 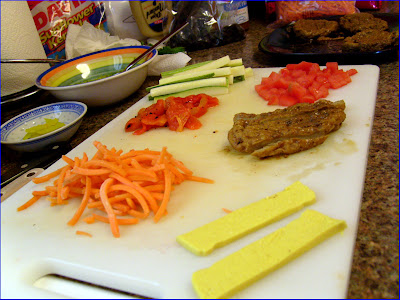 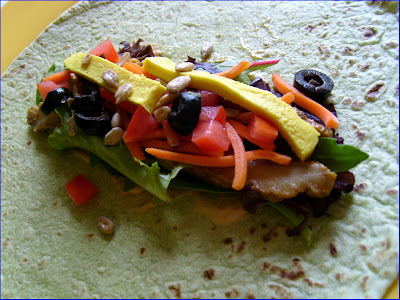 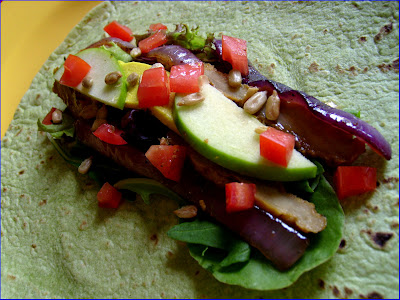 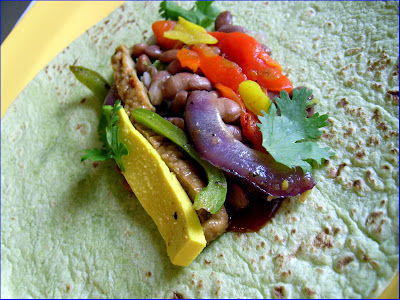 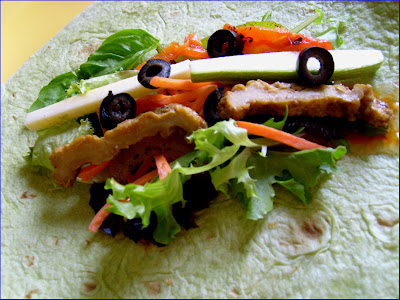 I put them on the outdoor grill to get nice and toasty. 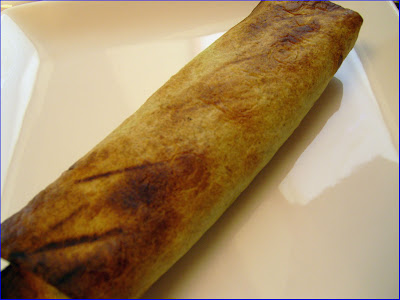 I had no way of knowing which filling was in which burrito, but no matter because they were all so tasty, especially the barbecue sauce one. 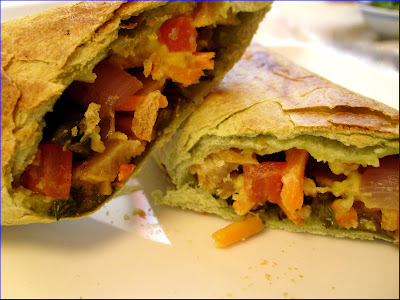 I finally got to make ice cream since I figured out the ice cream maker bowl needed to go in my freezer that actually freezes. And I made the most fantastic Ooey Gooey Chocolatey Chewy Brownies, thanks to Amey. Amey was incredibly sweet and sent me a box of FIVE gluten free baking mixes! 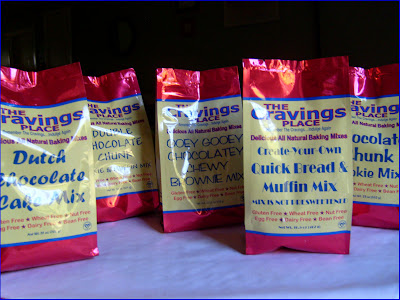 Oh, Amey, I’m afraid you will regret parting with these. These brownies were (almost) as good as any vegan or nonvegan brownies I’ve ever made from scratch, and I’ve made a lot of brownies over the years. There were chocolate chunks in the mix! I used coffee instead of water, applesauce instead of oil, and topped them with coconut. They were unbelievably delicious with my (finally) Goji Berry Cocoa Nib Ice Cream. 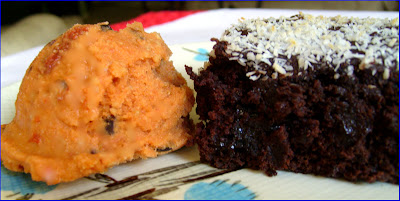 Thank you again, Amey, for thinking of me, and thank you all for reading through this rather long post.
Posted by aTxVegn at 9:40 PM

The longer the post, the more food we get to read about--we all win! Everything looks fantastic. I see I am really going to have to get ED&BV along with her other 2 books that I already have. . .and I had the same problem with the uncheese--really enjoyed it, but waaaay too much!

Oh my, everything looks so delicious, I don't even know where to start! I could really go for one of those brownies though!

the brownies are...oh my. and I agree with Ricki, long posts are never a problem. more food for us! except we don't get to eat it, of course, so THAT would be a problem.

Hoorah!
I'm so glad that the mixes are such a success (so far, anyway!)!! That's awesome.

I don't regret parting with them, because of how much you're enjoying it. Plus, I never would have thought of using coffee instead of water. Smartie!

The grilled burritos look amazing. I made some seitan tonight, but it's not looking too good. Looks spongey... I hope it can be saved.

I love long posts when they are filled with delicious & amazing vegan foods! Your pizza, the mac & cheeze, and the browines...oh, whatever I eat for lunch will but pale in comparison!

I understand the busyness and "unconventional meal times," no worries!!

Gorgeous pizza!! As a garlic and broccoli fanatic, I'm practically drooling over it!! Was the crust gluten-free??

I love that cake recipe from ED&BV!

FIVE gluten-free baking mixes?!?!??! Score!! Amey is so lovely to send those to you!!

LizNoVeggieGirl said...
This comment has been removed by the author.
7:32 AM

Everything looks so amazing! Those whole garlic cloves on the pizza -- wow! Burritos! Brownies!! Yum.

there's nothing wrong with a long post full of tasty yummies, in my book! mmmmmmmmmmm! the pizza you all shared looks perfect! and the Wild Chick Soup looks soooo comforting and gooooood! i need to find a copy of ED&BV - looks like there are plenty of awesome recipes in it! yay!

grilled burritos sound freak'n BRILLIANT (and they look scrumptious, too!)! i love that idea! homemade icecream - that tops it all! i love it!

Wow everything looks delicious....especially the burrito's look perfect and crispy:)

You'll never eat all the Uncheese? I have a solution: send some to me! And while you're at it, I'd love one of those gooey brownies too ;o).

Mmmm I adore wraps! So easy, so versatile and the best bit...SO delicious!

Oh, boy, do those dishes look yummy. Texas Vegan, I wish you'd open a vegan restaurant in Hartford, CT! You are a goddess of the culinary world!

Mmmmm. The gluten-free brownie with ice cream has definitely made me hungry... I recently ate at a veggie-friendly restaurant where they served the most amazingly decadent coconut milk ice cream. I've got to find a recipe - I can't stop thinking about it!

I really shoul never have a look at your blog before breakfast. This makes me so hungry! Those burritos!
Long post, you say? This could go on forever, if you ask me.

It was the Mac & Cheese that did me in. I love the addition of peas. It makes me crazy. Your food is just - ahhhh....so perfect!

That pizza looks so amazing! The Wild Chick soup looks delicious as well, and it's got such a fun name. ;-)

wow - that made me incredibly hungry!
everything really did look delish & kudos on making your own "cheese", most people don't have the inclination or time.

I have been meaning to try to make my own soy cheese, but I have always been a bit scared of the results. You have inspired me to give it a shot.

I pretty much want everything you have pictured here. Seconds too. The pineapple cake looks yummy; I'll have to make that this weekend.

To answer your question: Yes, I made pretzels in my hotel room, but they only required baking and sprinkling with salt (meaning, they came from a box)! The hotel room had a full kitchen though which was nice!

Wow! There's so much goodness here, it's hard to know where to start! I love the way the grilled burritos look & all the fillings sound so good! Mac & Cheese & peas?! Yes, please! I wish we had a good pizza place here, that pizza looks awesome!

seeing that pizza makes me HATE my digestive system for hatin on broccoli. I'm so insanely jealous right now. I am! I am! I am!

I do think I will be trying to copy what do did tonight (friday is pizza night) minus the broccoli... green pizza :P

ALSO I've been dying to try to make a cheeze block from Uncheese but after trying to make the mozz (one nasty disaster that was but I love the grilled chz) I have been too skeptical but alas seeing yuors come out looking so darn pretty, I'll have to get over my issues and make some uncheeze!

I also think you just inspired me to buy ED&BV!

I'm overwhelmed by all this amazing food! I love that you put peas in the vegan mac. Perfect!