Sunday night was pizza night! Chase always comes over starving, so I decided to have a popcorn snack ready for him. I popped some butter free popcorn, spread it on a baking sheet, and sprayed it with cooking spray. I mixed together cumin, chili powder, cayenne, garlic salt, cinnamon, and a little sugar and sprinkled it over the top. He and Liz ate every bit of it. 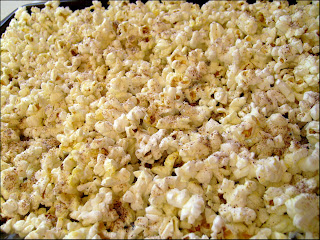 Chase brought Smokey over! He’s so sweet and just crazy about Chase. Remember when I could hold him in the palm of my hand? Not any more! 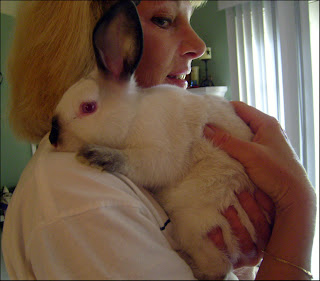 Chase helped me make the pizzas while Liz watched Smokey run around. (He also took all the pizza pictures.) I had two whole wheat crusts ready to roll out. First we made Thai Pizza on the pizza stone. The crust was spread with peanut sauce and topped with tofu, carrots, spinach, cilantro, green onions, toasted coconut, and peanuts. 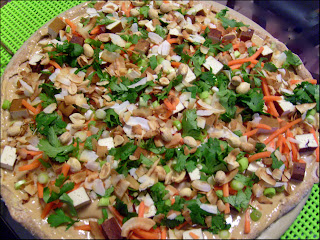 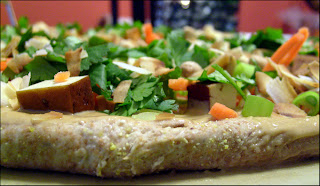 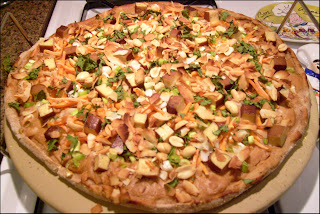 Next we made Mexican Pizza on a baking sheet. Its crust was spread with spicy mashed black beans and salsa, and topped with pintos, corn, green pepper, tomatoes, and cilantro. 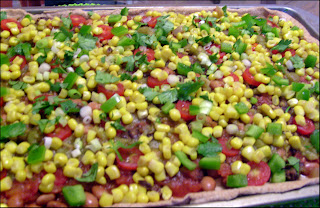 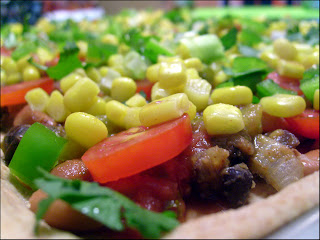 …. and after. We tried a few slices of FYH Monterey Jack on top. It sorta melted. 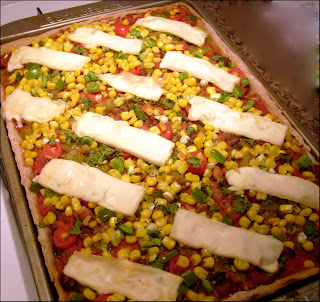 I had gluten free diet pizza. I grilled a Portobello on the Foreman and topped it with jarred spaghetti sauce and nutritional yeast. 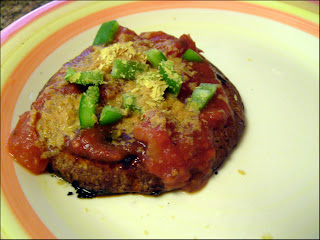 Along with broccoli, I made a Peachy Jicama Cole Slaw. I julienned some jicama and diced a few peaches and added it to broccoli slaw and cilantro. I made a dressing of apple cider and olive oil and let that mingle with the peach juices. It was very tasty and pretty, and a great side for the pizza. 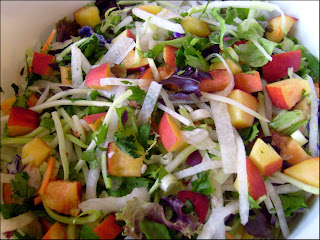 I made Lemon Gem Cupcakes from VWAV for dessert. I made three versions:

Patriotic (we’re having ice cream on the 4th of July)….. 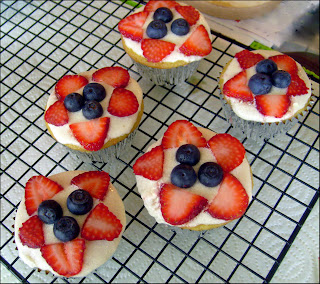 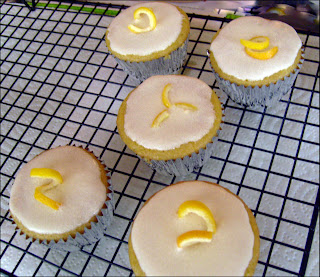 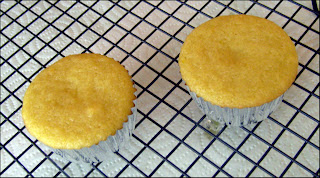 One of these is for the freezer until I can take it to my mom. These were really great tasting cupcakes, especially with extra strawberries and blueberries with it – like shortcake! The icing didn’t hold up too well, but nobody noticed. Chase and Liz each ate three! I really am on a diet. My birthday is around the corner and I can’t be old AND fat!

Smokey hopes you all have a fabulous Fourth! 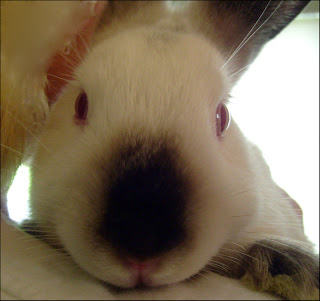 Those are creative topping ideas, for both the pizza and the popcorn. I never would have thought of something like Thai pizza. Did you make the crust, or use a store-bought one?

Wow, it's all so very creative and festive and looks delicious. If I felt like food right now... that Thai pizza would be just divine. Smokey is looking precious!

that thai pizza looks as yummy as smokey looks adorable.

talk about a snuggle bunny! ;)

I can't wait to try making the popcorn and Thai pizza myself. Also, I was planning to make a peach salsa for the 4th, but it woud be even tastier with a coleslaw - thanks for the tip!

Always fun to read your adventures! (-:

OOooohhh... peaches in slaw sounds so VERY yummy! I may be trying this tomorrow!

oh my goodness the pictures of Smokey, haha. and I really like your pizza ideas - especially the one with the portabello mushroom!! sounds delish!!

Good for you for sticking to the diet. It's so dang tough especially when you make such good looking (and probably good tasting) food.

I love the looks of that Thai pizza. MMMmmmm!

Everything looks so delicious and your bunny is adorable!

Awesome pizzas! I am lving your cuppers.

Hi, everyone! Thanks for your comments. I'm enjoying the day off and it's still raining - three weeks now.

Cherry, I always make a simple whole wheat crust in my food processor.

Tofu Mom, I knew you would like the slaw. You love slaws as much as I do!

Mexican pizza sounds so good. I love the slaw too! Your patiotic cupcakes belong on a magazine cover. They are beautiful! Have a wonderful 4th of July!

Hi Diann! You and Smokey are adorable together! I can't believe how quickly bunnies grow! What a cutie.

I'd love to try that popcorn!

The Thai pizza and Mexican pizzas both look great. I think I'm with you and I'd enjoy the Mexican one more. Those veggies look so good!

Great idea on the portabello pizza! That looks so good and doesn't sound like diet food to me! I'd be happy with that!

Your patriotic cupcakes are SO cute!

Oh my gosh, those pizzas look amazing and so do the cupcakes. I'm so hungry now! And what a face on that bunny! I want to kiss him!

Smokey is so cute. I can't believe how fast he's grown. Those pizzas look delicious. Yum!!!

Man o man that boy chase is a lucky guy to have a mom like you!
I am w/ everyone else love the thai pizza idea!

i'm in love with smokey..i love his coloring! i'm also in love with the thai pizza..what a delicious sounding pizza..i'm going to have to try it.

Smokey is the cutest little bunny EVER! The Thai pizza looks so yummy, as do the cupcakes. :)

I really like the sound of the peanuty pizza!
Boy, that rabbit is getting big, but so gorgeous!

That popcorn sounds delicious. I always forget about making it for a quick snack so thanks for the reminder.

Love the pizza ideas! Thai pizza is always my fav but not so much for Marty.

Smokey's furry face in that last picture is so adorable I just want to give him a big hug.

i dont think you look old or fat, you look great!